Leadership In Times Of Crisis: How to Lead Efficiently After Covid 19

The real test of leadership does not occur when everything is smooth sailing. Rather, leadership is oftentimes tested during a crisis. The way a leader behaves and acts during a crisis will establish their credentials as a good leader or a poor one.

That being said, there’s no handy manual out there that can guide a leader through a crisis. This is because while there can be certain protocols in place that prevent a crisis from happening, each new crisis is unique in its own way, with its own problems and quirks and will require a different approach from the one used before.

Very often, the unpredictable nature of crises means that leaders have no time to prepare. It is very much a do or be destroyed situation. Additionally, there’s no telling how long a crisis will take to blow over. The time period can range from a day or two to over a few years.

When the BP oil spill occurred in Mexico in 2011, it was both a human tragedy and an environmental one. 11 workers had lost their lives and thousands of gallons of oil were continually being discharged into water. One could term this crisis as catastrophic. And yet, the response of the then-CEO Tony Howard was found to be very lacking. In fact, it further hurt the organization’s credibility.

If you think back to Enron, everyone at the most senior levels of leadership were so embroiled in scandal and wrongdoing that despite the then-CEO Kenneth Lay’s many assurances that Enron would pull through, it just wasn’t enough to save the company.

On the other hand, Ford’s dramatic turnaround following the financial crisis of 2007-2008 establishes how a good leader can make or break a company. Following the financial crisis, Ford was close to declaring bankruptcy. It was what the industry insiders expected the automotive giant would do. But, what made the difference was a change in leadership. After he came on board in 2006, Alan Mulally led Ford through some of its most tumultuous years, eventually helping the automotive giant post profits, instead of staggering losses. By the time he retired in 2014, Ford had once again regained its former glory and standing within the industry.

The above three examples show that leaders have the ability to sink an organization faster than a ship with a leak or literally lift an organization from the ashes. A quick search will reveal many success stories or failures during the time of crisis. But instead of dwelling on the end result, we can instead focus on a few key takeaways such as how not to respond during a crisis. 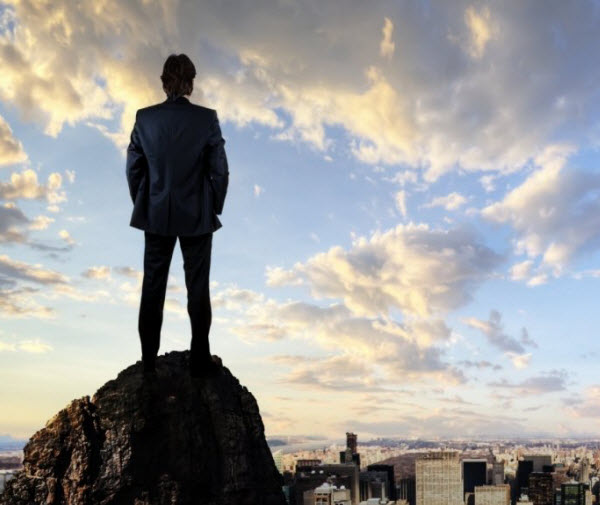 This is one of the most important things a leader needs to do, especially in times of a crisis. During a crisis, everybody looks to a leader for the next step or for reassurance. If a leader projects fear and unease, that unease transmits to everyone else, much like a contagious disease. This is why is absolutely necessary for leaders to look like they are masters of the situation. Employees need someone they can rely on, not someone they need to reassure.

But confidence is not the only thing leaders need to display. Honesty is key as well. While the urge to state that ‘everything is going to be fine’ is going to be overwhelming, it is important for leaders to be realistic. They need to tread a fine balance when stating the magnitude of a situation.

Overstating or understating the magnitude of a situation will not help in the slightest. In fact, it might actually impact the recovery process.

There are a few situations where leaders are supposed to make quick decisions or hard decisions. A crisis is one of them. Leaders need to be able to make decisions on the fly, and in some cases, they might need to make the hard decisions, the ones they know are not going to win them any points.

There is no time to dally or even ponder the pros and cons of a decision at a leisurely pace. Leaders who take action, who are decisive and who are open to adapting their decisions to suit the needs of a situation are going to have more success weathering a crisis than a leader who chooses to wait and wait and not take action.

In an immediate crisis, a work environment can very quickly devolve chaos because of all the emotions running high, with stress and fear being at the forefront. It is imperative for a leader to take control and stop the panic from spreading. In fact, this is often the first thing a leader has to do when news of a crisis breaks. This might involve quickly delegating tasks or simply bringing a room to order. Either way, it is only possible to begin a crisis action plan if everyone involved is focused and determined to complete the task on hand.

A crisis is not an excuse to throw caution to the wind, and risk it all (unless a worst-case scenario occurs and there is literally no other option). Instead, leaders have to be not only quick but also measured. This is a case of quickly evaluating all the facts at hand and then making a calculated decision about what would be the best course of action.

While this might seem like an impossible task, in actuality, this is a habit that can be cultivated over a period of time. The alertness of mind is a valuable skill for leaders to have as it is especially handy during times of a crisis.

This is one of those things that is easier said than done. After all, how does one stay positive when everything that could possibly go wrong is happening? This is not to say that leaders have to be blindly optimistic even when the outcome seems to state otherwise. However, it is important to keep a game face on until the worst of the crisis has passed. This is because once insecurity finds a way, it very quickly morphs into crippling self-doubt. And this can prevent leaders from making the hard choices that they have to.

Even with all these tips, it is nigh-impossible to be prepared for a crisis. And neither can they be avoided. The most important things to remember is that all crises do pass. When a crisis occurs, don’t ignore it or avoid. Instead, tackle it head on, and use it as a stepping stone to enact change. A crisis is always an opportunity to acknowledge responsibility, take ownership and do better.